According to inscriptions available, Erode was under the regimes of Cara kings in 850 A.D. Thereafter (in 1000 A.D. – 1275 A.D.) This place came under the rule of Cholas with Dharapuram as their Headquarters. Subsequently, it came under the control of Padiars (from 1276 A.D.). Only during this period, a ruler by the name of Veerapandian caused the digging of the Kalingarayan Channel. Then the Muslims (Modeen Sultans) took over the rule after which Nayaks of Madurai ruled. Then Hyder Ali and Tippu had their sway. In 1799 when Tippu fell to the British, the East Indian Company took over the administration. During Hyder Ali’s regime, this town was in a flourishing condition with 300 houses. A population of 15000, a mud fort, with a garrison of 4000 soldiers surrounded by Coconut grooves and fertile lands bounded on the north by River Cauvery and East by Kalingarayan channel (By Bucchanan 7th and 8th November 1800). But owing to the successive wars of Marathas, Mysore, and British invasions, it becomes almost deserted and ruined. However, as peace was restored by the British, the people returned and settled here. Within a year it began to grow with 400 houses, and a population of 2000. The garrison withdrew in 1807, and the ruined fort was leveled as relief work during the famine in 1877. The place enclosed within the rampart was occupied by the houses. About a mile and half, east of the town, there is an old bridge that spans River Cauvery. The wall at “Pechiparai” situated at the present V.O.C.Park was once celebrated for its “wholesome and milky water”. There are two old temples – one dedicated to Lord Siva and the other to Lord Vishnu. 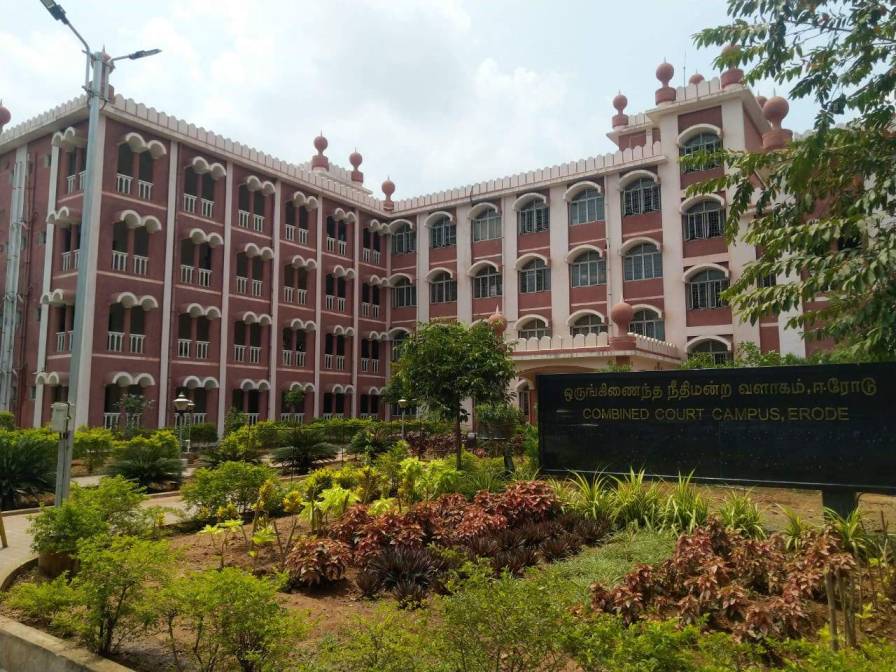 The root for the name of the Town “ERODE” maybe because of the existence of the two (Odais) watercourses viz., Perumpalayam and Kalingarayan Channel. But there is also a legend that says that the place apparently derives, its name from the words “Era Odu” which means “well skulls”. According to the legend narrated in this regard, Dakshaprajapathi, who had given his daughter in marriage to Lord Siva, Conducted a Yaga. For this Yaga, Lord Siva was not invited. However, Dakshyayini came to take part in this Yaga much against the wish of her husband Lord Siva. On coming to Yagakundam, Dakshyayini was not welcomed by her parents or anyone. She was vexed and threw herself in the Yagakundam and burnt to ashes. On hearing this, Lord Siva got highly enraged, proceeded to the sacrificial spot, and threw everyone present including Brahma. The skulls and Bones were thrown in River Cauvery and remained wet always. Hence the name “Eara Odu” (wet skull) – Erode.

When it comes to the selection process, the candidates have to take up a written exam / Interview. Selected candidates will be paid a handsome salary (as per Govt rules). The type of questions that are asked in the technical interview round differs from one position to another. There are multiple steps for the selection process for the posts of Stenographer, Clerk, Peon, Process Server, Gardner, Chowkidar, Liftman, Sweeper, Watchman, Cook, etc. in the Erode Court. The procedure is as follows

We advise to candidates for other Erode Court Recruitment 2021, How to Apply, Selection Process, Age Limits, and other details please read given here official recruitment notification carefully before apply online or Offline.

Know the current status of your case by Return SMS

Important: Case Number Record (CNR) is a unique Identity Number of each case, which remains constant. All the Advocates, Litigants, and stakeholders are requested to ascertain the CNR of their respective cases from the concerned Courts and to refer the same for all future references.